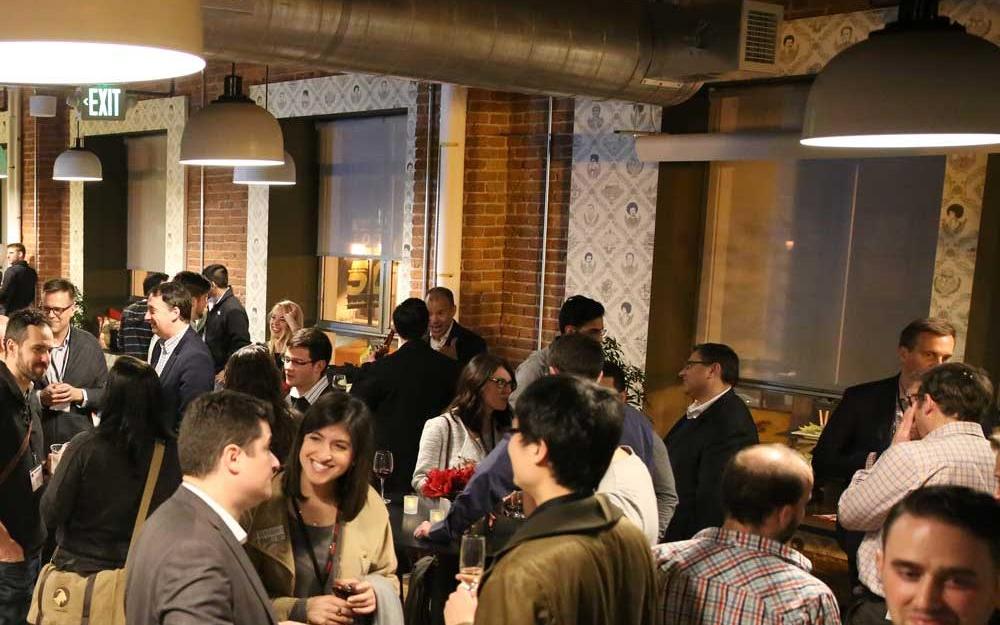 “Get There” is pilot project from the Canadian Digital Media Network (CDMN) almost as simple as its name: qualify eight young companies who would benefit from having connections in Silicon Valley, then get them there. That’s the whole idea.

“Get There” was the brainchild of Velocity Director Mike Kirkup and CDMN Network Operations Director Lisa Cashmore. Both help early stage companies every day, and had seen firsthand the amazing things that happen when Waterloo Region companies spend unstructured time in the Bay Area.

What Kirkup and Cashmore know is something of an open secret in Silicon Valley, but poorly understood north of the border: Canadian firms are beloved in the United States. Sam Altman – President of Y Combinator, a startup accelerator and funding organization in Mountain View, California – was asked recently by New York Times columnist Frank Bruni if any one university stood out as a school where students’ and graduates’ ideas took off. “Yes,” Altman replied. “The University of Waterloo.”

Altman has been beating this drum for a while, but the fact remains that Canada punches way above its weight when it comes to starting and growing technology companies. “Get There” coincided with the launch of Canada House, a collaborative program to give Canadians a home in San Francisco, part of Canada’s growing effort to help firms establish a presence in one of the largest markets on Earth. As other countries begin to take notice, programs like “Get There” receive warmer and warmer receptions; a phenomenon that benefitted Kirkup and Cashmore in a big way.

“We went into this trip with only one meeting booked, with the Palo Alto Police,” says Daniel MacKenzie, co-founder and CTO of HealthIM, a Velocity-based software company that helps police manage mental health crises in the field. “We didn’t have other meetings booked in advance, so we sat in a coffee shop and said ‘Okay, who do we want to see when we’re down here?’

“We looked up the Mental Health Board of San Francisco, and their office was five minutes from the hotel. We literally walked to their office, knocked on the door, and said ‘Hey, we’re from Canada, do you mind talking to us for a bit?’ She gave us ten minutes and we walked her through the process of exactly what we’re doing. After ten minutes we saw our time was up and thanked her, stood to leave, but she said ‘no, no, no, you have to stay here. There are a whole bunch of people I need to connect you with, this is a great product and we’re excited about it.’

“She connected us with a Lieutenant from the San Francisco police as well as the President of the board for a national mental health group. Those meetings led to other meetings, and really opened the door to the mental health community down there. We had a full week of meetings after that one cold call.”

It was kismet. HealthIM is now building a robust sales strategy in the U.S., rooted in real data they’re getting from the American mental health associations and police departments who will be their customers. It’s the kind of spontaneous opportunity that only arises from unexpected, face-to-face interaction: exactly the kind of interactions “Get There” was designed to foster.

Kirkup and Cashmore were realistic about their experimental strategy heading into the trip.

“We won’t know for four to six weeks if this trip was successful,” Kirkup says plainly. “The measure of success here is if these companies come back down here in four to six weeks; that’s really what it’s about. These founders are busy people, making time for a trip like this is really hard for them. If they are deliberate about booking this in their calendar and making this an important part of how they’re building their company, that will be the test of whether we were successful or not.”

Luckily for Kirkup and Cashmore, Velocity and CDMN are excellent places to try a brand new experiment, and an unstructured approach was built into the trip from day one.

“Let’s get them on a plane, get them down here, get some meetings, and teach them the basics: how to move around the city, operate, and start to build a network organically on their own so they can take it from there,” says Kirkup. “We build as much of a schedule as possible so that they have some structure, but so many of the teams – because they’re out there hustling and doing their own thing – have come late, or struggled to make it to our events. I think it’s a great indication that they’re using the time to it’s best advantage.”

We’ll know in another month if Kirkup and Cashmore have gotten their wish and forged fruitful connections between Canadian firms and the Bay Area, but early results indicate a resounding yes. Every company, save one lone holdout, said they were “100% likely” to recommend “Get There” to a fellow founder: the sole dissenter reported a mere 95% likelihood.

All the companies on the trip have sent follow-up emails and maintained their new Valley connections, many have concrete plans to return this quarter, and two companies are still in San Francisco at the time of this writing after extending their trips by several weeks. They left with few plans and fewer meetings, but were overwhelmed by investor interest on the trip.

So what advice does Kirkup offer to companies interested in making similar networking trips down South?

“Call me. My number’s on the Velocity website. I will gladly help you. I am down here every four to six weeks, I’m happy to twin up at a time that I’m coming down and introduce you to people like the C100, other Velocity alumni… of the eight companies we brought down here, few of them had any network in the valley and all of them have been wildly successful. Just call me.”