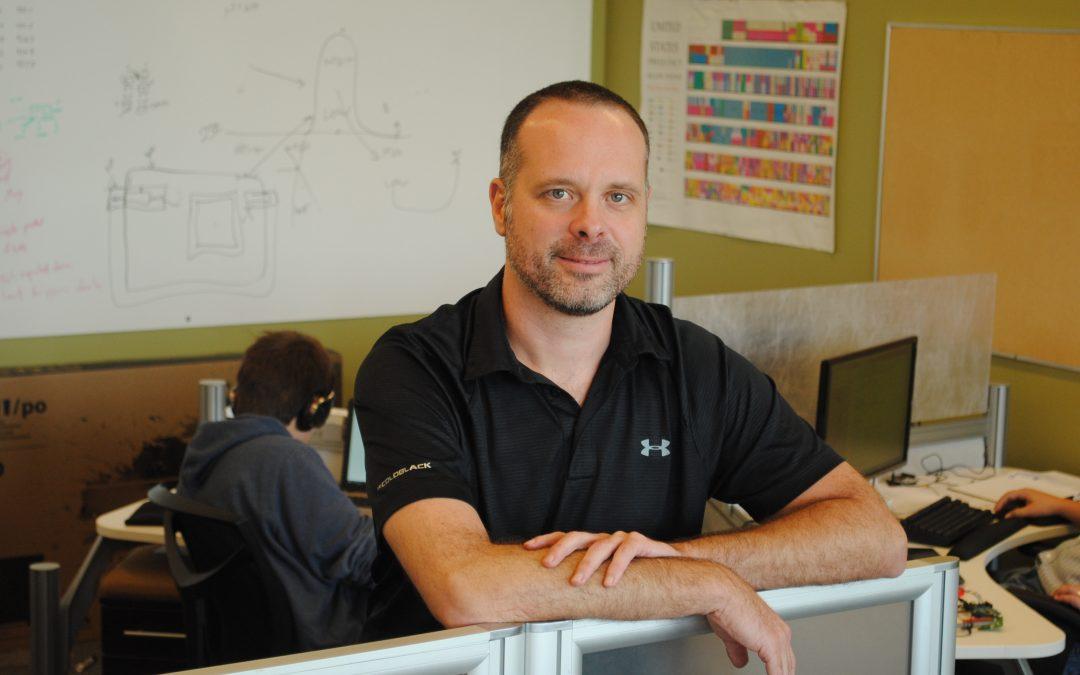 Nearly every success story has a quiet booster standing in the wings. For Swept, a Halifax-based startup that helps cleaning companies increase sales and retain talent, that boost came from the Canadian Digital Media Network and its Soft Landing program.

More than a year ago, Swept’s CEO, Mike Brown, used money he received from Soft Landing to get on an airplane and head to San Francisco. In short order he made new contacts, earned a place in last April’s cohort of well-known Bay-area accelerator 500 Startups, and has since seen his company’s customer acquisition rate increase nearly five-fold.

“Things are really on the move,” said Brown.

And, he said, it all traces back to Soft Landing, a five-year-old CDMN initiative that helps companies travel, reach new markets, secure investment and connect with new partners. Getting to San Francisco allowed him to take Swept (formerly CleanSimple) to a stage it otherwise might not have reached – or if it did, it would have done so much more slowly.

“When you experience San Francisco, you just see the difference in tempo. I went from never being there [before] to spending six months [and] going through an accelerator program.

“Going through 500 Startups in California really allowed us to have much more rapid growth: It took us 14 months to get our first 100 clients; we acquired our last 100 in three months.

“A lot of it is tied back to showing up for the very first time and starting to get that network.”

The CDMN is a network of 26 regional innovation hubs across Canada, all focused on supporting Canada’s digital entrepreneurs.

One of the ways it does so is with Soft Landing, and the program reached a significant milestone this month: It has now facilitated 513 “landings” since 2012. In other words, companies – 380 of them – have taken advantage of the program, and the CDN$4,000 that it makes available for reimbursement of travel expenses, a grand total of 513 times. The program has helped those companies reach 52 countries, close more than $55 million in investment and generate more than $53 million in new revenue.

For Brown, the benefit of the program extended beyond the money.

“It’s not just the financial side of it,” he said. “It’s also the intimidation of flying into a city to meet with a bunch of people you don’t really know. [Soft Landing] helped me create a network, it put me in touch with other Canadians in the Valley who all understood and had all been in the exact same situation.”

Brown is now in a position to return the favour.

“When I was in San Francisco for the six months I met Canadians who were flying down for the first time, too. It’s kind of that full circle.”

Another company that has benefited from Soft Landing is eleven-x of Waterloo. Eleven-x Chief Operating Officer Ryan Hickey said the Soft Landing program allowed his company, which operates a low-cost, low-power network for IoT devices, to meet with industry players at trade conferences in a cost-efficient manner.

“For us to go and visit them individually would be too expensive,” explained Hickey.

“We’re developing partnerships throughout the year but when when you’re face-to-face you continue to strengthen the relationships. That one-on-one contact is very important for that and always helps accelerate the relationship.

“It’s pretty straightforward in our case to translate the development of these partnerships into more sales.”

Would he recommend that other companies apply and take advantage of the same program?

“Absolutely,” said Hickey. “It’s a pretty straightforward application process, a pretty quick-and-easy turnaround. All of the team members of the program are excellent to deal with.”

“There are a lot of grant programs out there and they all have their impact. This [one] is probably one of the lowest [in terms of the amount of money it makes available] yet it has a really massive impact.”